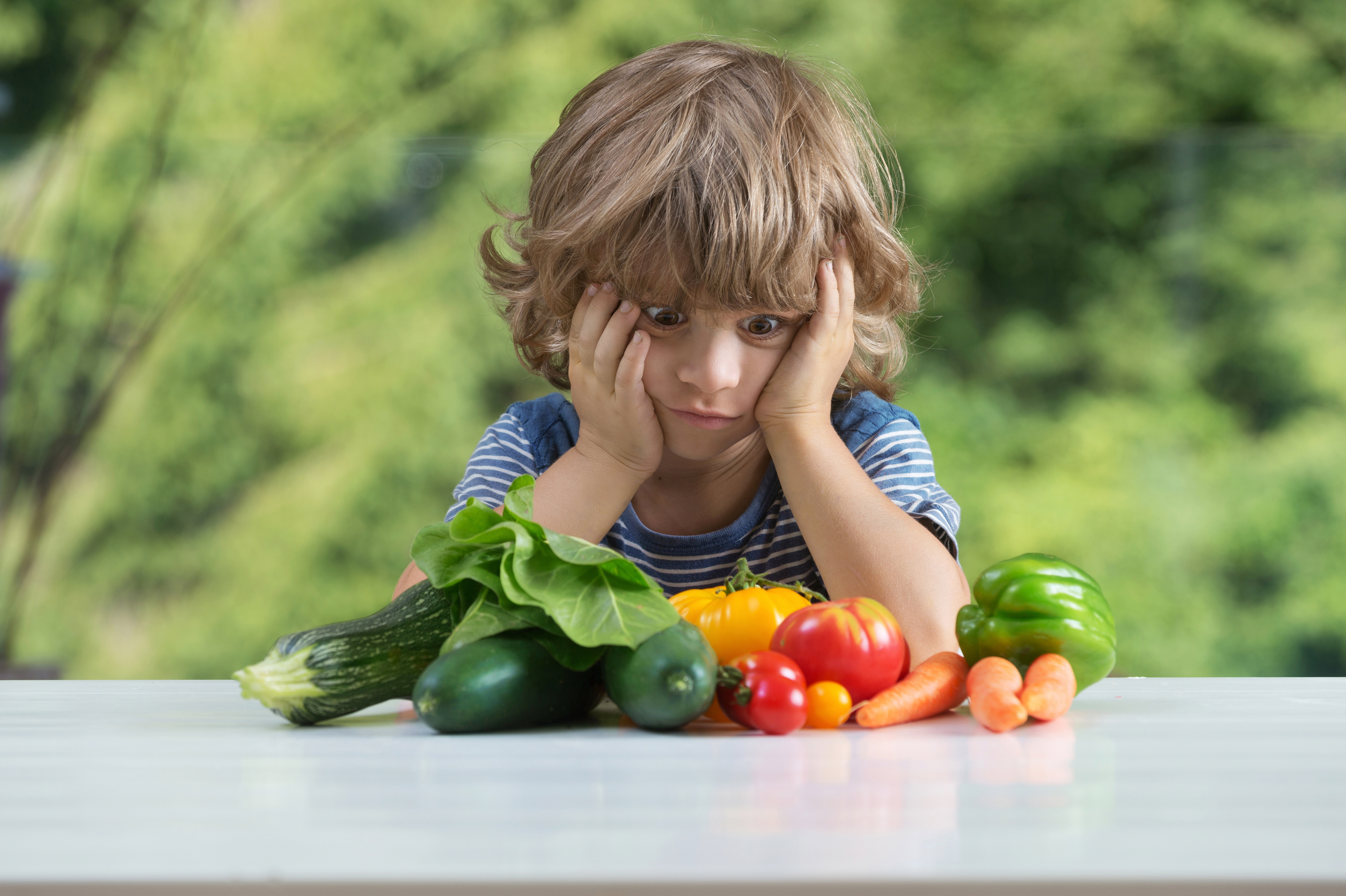 The problem
Martha’s food issues crept up on us gradually. When we started weaning, she was quite enthusiastic. She wasn’t particularly fussy, and would happily tuck into our leftovers, as well as her own food. The only thing that seemed slightly strange was she wouldn’t touch fruit, and completely refused the apple and pear purées that her big brother loved as a baby. From 12 months on, we noticed Martha’s diet becoming narrower. She always preferred carbs, but gradually, the number of things she would eat got smaller. Now, at 3 years old, she has a very restricted diet. In general, she won’t eat any fruit and veg, and survives mainly on toast, pizza, pasta and yoghurt. Occasionally she’ll go mad for a particular vegetable and want to eat it every day, but after a few days she goes off it again. She also gets constipated. Although I’m happy that Martha is getting enough calories and is growing normally, it’s frustrating to have to cater for such a limited diet. I would love her to broaden her tastes and eat the same as us.”

The results
After eight weeks, we asked Sarah whether Martha’s diet had broadened…

I’ve always assumed that as Martha is reaching her milestones, she was getting what she needed from her diet – even if she was living on toast, yoghurt and pasta. But speaking to Ana-Kristina made me realise she was potentially lacking in nutrients, so I started giving her multivitamin and iron supplements straight away.

Ana-Kristina’s advice to eat as a family more often came at a good time, as we were about to go on holiday with my parents. We had lots of meals with all three generations and, to our amazement, Martha tried foods she had never attempted before, including sweetcorn fritters and fruit bars. Ana-Kristina carefully assessed Martha’s feeding history as she always struggled with eczema and constipation.

We trialled excluding dairy for a short period with her guidance on replacing with suitable alternatives for calcium. Within 48 hours her bowel habits became more regular. This made me realise Martha’s food refusal may have been in part due to an underlying problem. Although Martha’s diet is still limited, Ana-Kristina has given me the push I needed to try a bit harder. I’m cooking more from scratch, such as pasta sauces with veg blended in. I’ve been putting different things in Martha’s lunchbox, even though I don’t expect her to eat them, and feel stronger in dealing with the rejection. I’m inspired to keep trying to widen Martha’s diet, and confident that if we handle it sensitively, we’ll keep progressing.